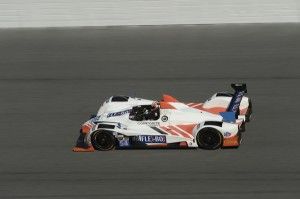 Since its debut in Prototype Challenge, CORE autosport has won everything. Indeed, the American team has cumulated three titles in a row in the American Le Mans Series and has started out in the United SportsCar Championship with two class wins at the 24 Hours of Daytona : in PC with the ORECA-FLM09 and in GT LM alongside Porsche. And yet CORE autosport seems to want even more.

Morgan Brady, CORE autosport’s Director, is a busy man. Not only the team continues to race in Prototype Challenge, but it has also now become Porsche’s official operational partner in the GT LM class. This double program perfectly began in Daytona with a double win. « Though we have a long history with the ORECA-FLM09, we had never participated in a 24-hour race with it and the car had not been designed for that » explains Morgan Brady. « We built on the experience we have of that car and listed the parts we thought were reliable or not. In the end, the car showed what it was capable of since we never had to touch our toolbox. With two hours of racing left, I saw that we were in the lead in both categories. I was hoping that we would win at least in one of them. And then, when the clock rang the 24 hours, we were still in front. It was difficult to understand how I felt at that point. It took me several days and weeks to realize, as we would receive some messages and calls congratulating us. »

Winning three titles in Prototype Challenge, CORE autosport has thus become the first winning team in the PC class in Daytona. And yet, the team seems to want more. « Winning a title is easy, what really defines a team’s qualities are its successes over time » says Brady. « We want to achieve as many titles as possible. A new championship was born out of the merging of the ALMS and the Grand-Am, the grid has doubled up, the quality is even higher, and we want to prove that our titles are not just strokes of luck. We are entering one car only but I think that will allow us to focus on every aspect of the program. »

Anyways, CORE autosport intends to keep going in PC alongside its GT program with Porsche. « The PC class allows to race with Professional/Gentlemen line-up which suits our criteria. We still want to be present in PC in the years to come and that works perfectly with our program with Porsche. »