Two-thirds of a tough but particularly calm running of the 24 Hours of Le Mans are in the rearview, with JOTA’s #38 ORECA 07 firmly at the helm of the LMP2s.

Thanks to fast lap after fast lap, Roberto González/António Félix da Costa/William Stevens are well on their way to a second win at the 24 Hours of Le Mans in the #38.

For its rookie participation in the race, Prema Orlen Team and Robert Kubica/Louis Delétraz/Lorenzo Colombo have delivered an impressive showing of talent and tenacity in second place, and JOTA’s sister car, the #28 ORECA 07 driven by Oliver Rasmussen/Edward Jones/Jonathan Aberdein, rounded out the top 3.

During the first 16 hours of racing, hopes for a podium finish for Panis Racing’s #65 ORECA 07 were dashed following an incident at Mulsanne. WRT’s #31 ORECA 07 incurred a drive-through penalty after contact was made with Vector Sport’s #10 ORECA 07. And Ultimate’s #35 ORECA 07 left the track around 07:00.

In Hypercar, the Alpine A480 and drivers Nicolas Lapierre/Matthieu Vaxivière/André Négrão continued their climb, reaching fifth in the class and 19th overall as dawn was breaking. 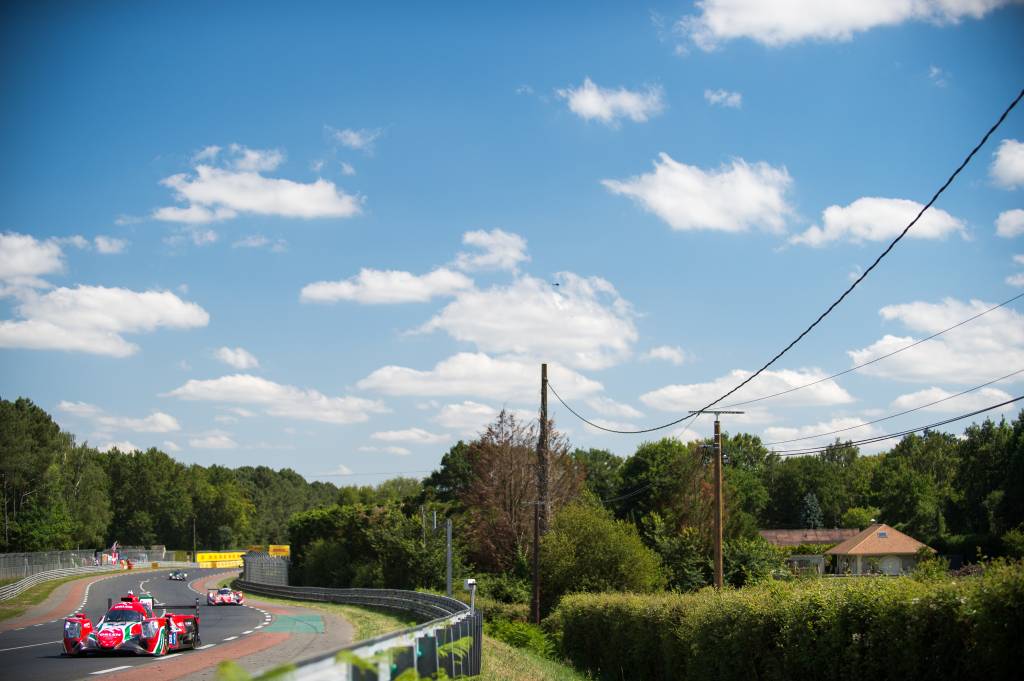