The ORECA Group is typically present on all fronts. Once again it will be the case in 2014 with a busy agenda throughout the year and within its four areas of activity : Racing, Technology, Store and Events. Although the season has already begun, the momentum will be picked up In March with the 12 Hours of Sebring as well as with the Official Test of the FIA World Endurance Championship. Here is a calendar featuring all of the “ORECA dates”.

ORECA will be competing alongside the team TOYOTA Racing with engineers and mechanics bringing operational support to the Japanese manufacturer in his Le Mans project. Also, still on the endurance scene, the Manufacturer department will be very much concerned, on every continent. Actually, as in 2013, ORECA will be the most represented Le Mans Prototype constructor at the 24 Hours of Le Mans. The Technology division will also be involved via its engine department implicated in rally (with Skoda), rallycross, as well as in touring car (with Lada) and in single-seater (F3 with Renault).

Oreca-Store.com, supplying parts and equipment for auto sport fans, will be present at many events. Numerous trips have also been planned by the Events department, organising and promoting different championships such as the GT Tour or the Porsche Carrera Cup France.

Don’t miss anything from ORECA’s 2014 season and keep an eye on our “wallplanner”. The “road trip” has only just begun ! 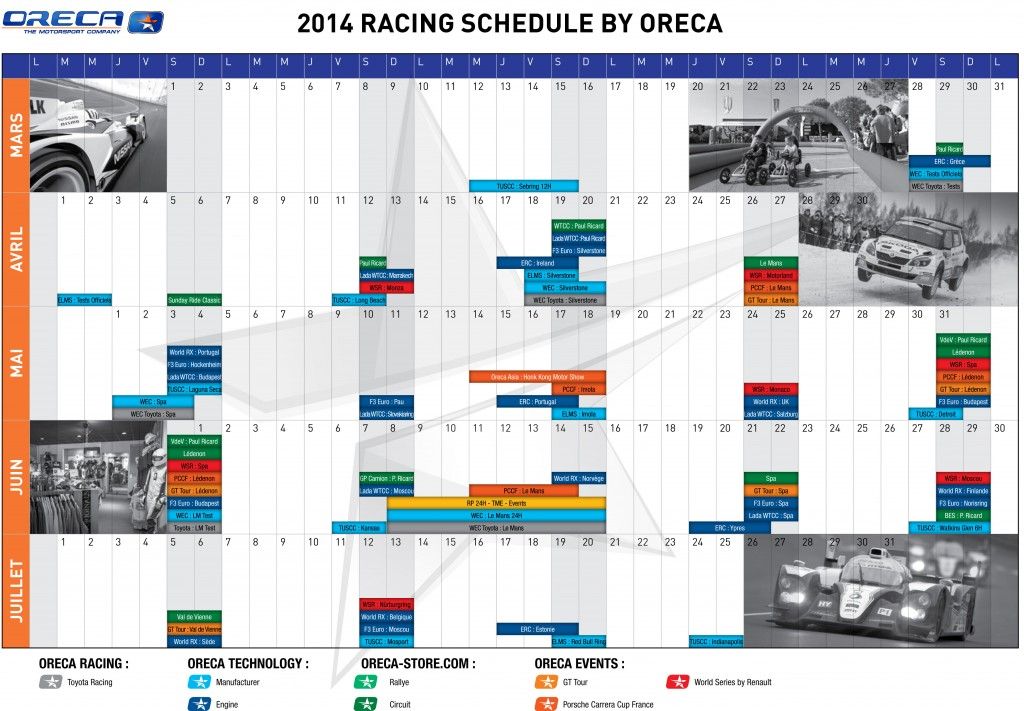 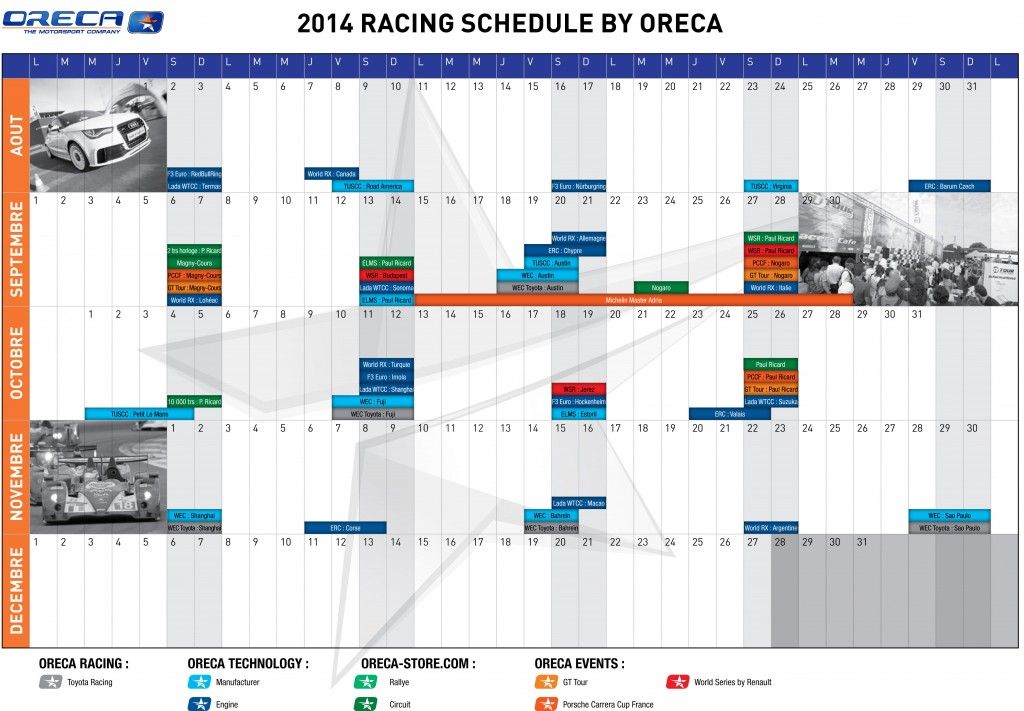