The 57th edition of the Rolex 24 at Daytona, first round of the 2019 IMSA WeatherTech SportsCar Championship season, took place this past weekend in Florida. Among the 47 entrants, four ORECA 07 LMP2s and two Acura ARX-05 DPis – all issued from the workshops in Signes – helped celebrate the International Motor Sports Association’s (IMSA) milestone 50th anniversary.

As in 2018, every ORECA chassis – including four in the top 10 – made it to the checkered flag at the first endurance race of the year, held in rather disastrous weather conditions. The #7 Acura DPi reached the third step on the DPi podium, while the #6 fell victim to engine troubles, finishing sixth in the class.

The #18 ORECA 07 fielded by DragonSpeed won the LMP2 class ahead of its sister cars, Performance Tech’s #38 and the #81 also entered by DragonSpeed. The PR1 Mathiasen Motorsports team’s #52 was struck violently by a DPi and spent more than two hours in the garage, finishing fourth in LMP2 and 37th overall. 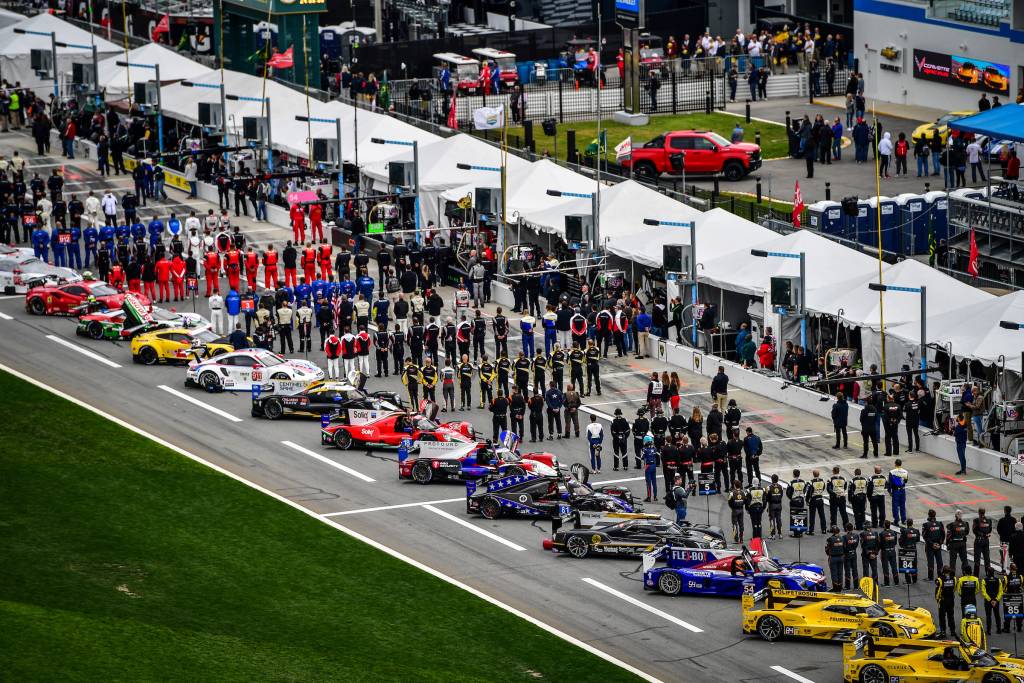 Performance a top goal for the ORECA Acura DPis

For its second participation in the Rolex 24 at Daytona, Acura Team Penske’s objective was clear: aim for the podium and no matter what, improve on its 2018 performance. This 2019 running of the race will prove memorable as it was fought in two waves. The first two-thirds took place on a dry track (between the start on Saturday at 14:30 and Sunday morning at 06:30) and set the stage for outstanding battles in the DPi class between Mazda, Cadillac and the ORECA Acuras. The major players in the class put on a stunning show. 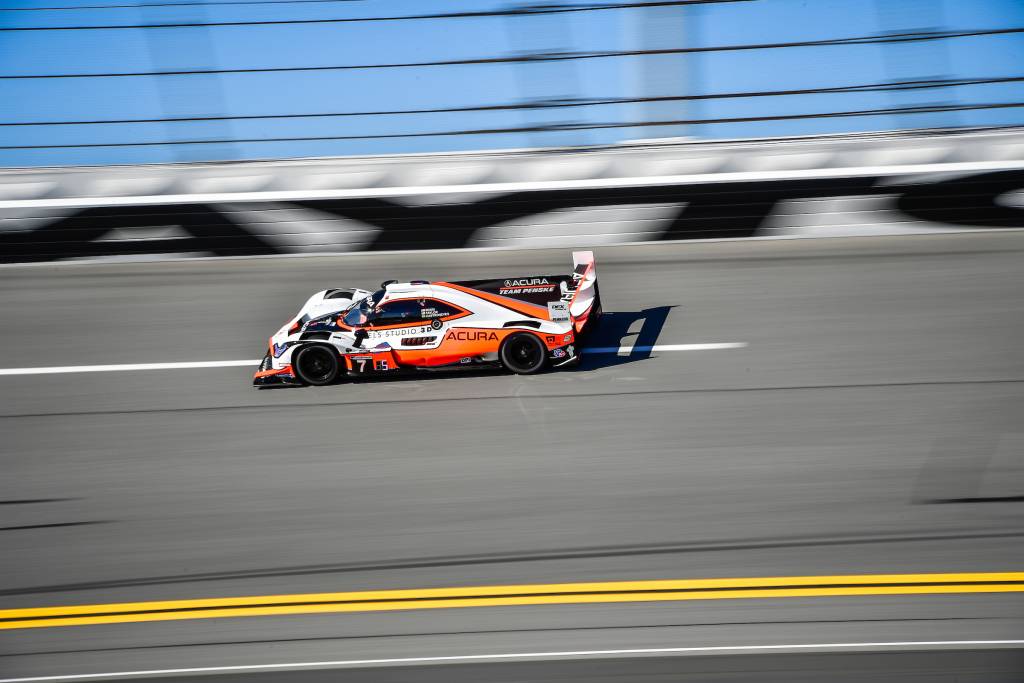 Between the seventh and 11th hours of the race, the #6 and #7 Acura Team Penske cars even took turns in the lead. Throughout this highly competitive period, up until the rain joined the party 15 hours into the race, they remained in the top 4 with Juan Pablo Montaya taking the lead in the #6 then Alexander Rossi at the wheel of the #7! The final third of the round saw as many as 16 Full Course Yellows in the wake of several incidents as driving conditions were at their most challenging. With seven hours left, the first red flag was deployed to avoid further damage to an already extremely tricky track. An hour and 45 minutes later, the cars in every class returned to a then drenched track, proceeding to aquaplane and experience an array of accidents. Any talk of driving changed to navigating in the face of such dreadful conditions.

Five hours from the checkered flag, the #6 shared by JP Montoya, D. Cameron and S. Pagenaud incurred mechanical problems, spending quite some time in the garage before restarting with an 18-lap deficit. Alexander Rossi at the wheel of the #7 managed to keep up with the #10 and #31 Cadillacs until the second red flag was waved less than two hours from the finish. Race Direction hoped in vain to restart the race, but the checkered flag was brought out early, 11 minutes from the 24-hour mark. Action on the track was suspended for obvious safety reasons. In the end, Ricky Taylor, Hélio Castroneves and Alexander Rossi gave the Acura ARX-05 DPi its second Daytona podium.

A race within a race in LMP2

For the DragonSpeed team, the driver line-ups of the #81 ORECA 07 composed of Henrick Hedman, Ben Hanley, Nicolas Lapierre and James Allen, and the #18 comprised of Sebastián Saavedra, Pastor Maldonado, Roberto Gonzales and Ryan Cullen were determined to go after the top step on the podium at the 2019 Rolex 24 at Daytona. Their efforts paid off as both cars took a turn leading the class during this exceptionally wet running of the race. Each driver needed to demonstrate his top speed and each car to prove its competitiveness throughout the round in often torrential rain. On the heels of an incident, the #18 was forced to back to the garage to change out its broken rear block. Despite a significant dust-up at the very end of the race, Sebastián Saavedra, Pastor Maldonado, Roberto Gonzales and Ryan Cullen won the class and finished in sixth place overall: a remarkable performance against quite a few DPis (11 in all)! 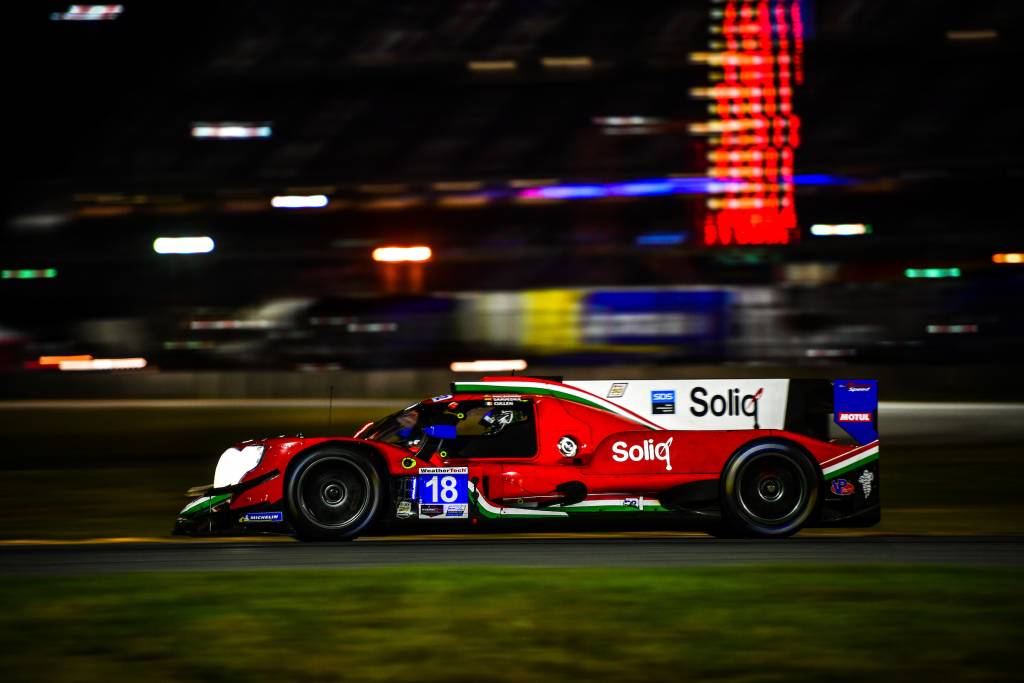 Initially involved in the battle at the beginning of the race, Performance Tech Motorsport’s #38 ORECA 07 driven by Kyle Masson, Robert Masson, Cameron Cassels and Kris Wright began to fall back steadily over the hours, but thanks to yellow flags and interruptions, as well as executing a flawless race, the car claimed the second step on the LMP2 podium and finished seventh overall.

The #81, in the lead for a good portion of the round, lost all hope for a first place finish after an incident on the track in the final hour of the race. Thanks to 21 hours of fierce effort however, the car still managed to round out the LMP2 podium.

The PR1 Mathiasen Motorsport team’s #52 ORECA 07 shared by Matthew McMurry, Mark Kvamme and French drivers Gabriel Aubry and Enzo Guibbert also fared well despite misfortune. The victim of an unavoidable accident with a DPi in the first quarter of the race, the car was confined to its garage for more than two hours for multiple repairs (rear half-axle, right rear block and undercarriage, among others). Nonetheless, the car finished fourth in the class and 37th overall.

David Floury, the Director of ORECA Technology: “Emotions are mixed after this edition of the Rolex 24 at Daytona. Our six chassis made it to the checkered flag, a great satisfaction given the miserable weather conditions, but it’s no secret we wanted more. Acura Team Penske’s two Acura ARX-05 DPis were contenders for victory, they held the lead and one reached the podium, trailing first place by just 12 seconds. The level was very high, and the race was exciting until the interruption. It’s the type of competition we enjoy, and we’ll be back gunning for victory lane.

In LMP2, reliability was there, and it shows the maturity of the ORECA 07. The performance level was interesting. Above and beyond the class success, DragonSpeed and Performance Tech’s sixth and seventh places overall are positive results.

Congratulations to our teams, and to Wayne Taylor Racing and especially to Fernando Alonso and Kamui Kobayashi.”