Fourteen ORECA 07s and one Alpine A480 took the start in the fourth round of the 2022 FIA WEC at Monza this weekend. After six hours of racing peppered with dust-ups and neutralizations, Realteam by WRT’s #41 ORECA 07 driven by Rui Andrade, Ferdinand Habsburg and Norman Nato reached the top step on the podium for the first time this season.

Though last on the starting grid and a contender for victory in the final 100 meters of the race, JOTA’s #38 ORECA 07 shared by Will Stevens, António Félix da Costa and Roberto González finished second. The podium was completed by Vector Sport’s #10 ORECA 07 driven by Nico Müller, Sébastien Bourdais and Ryan Cullen, initially in 12th position.

The race leader for a time, Inter Europol Competition’s #34 of Jakub Smiechowski, Alex Brundle and Esteban Gutiérrez finished fourth after a thrilling duel with United Autosports’ #23 ORECA 07 in fifth place ahead of Prema Orlen Team’s #9.

Seventh overall, Algarve Pro Racing’s Steven Thomas, James Allen and René Binder won in Pro/Am for the second time in a row after the 24 Hours of Le Mans with the #45 ORECA 07, joined on the podium by Ultimate and AF Corse.

On the heels of an incident just a few minutes from the checkered flag, JOTA’s #28 finished in 10th place ahead of Pro/Am pole-sitter ARC Brastilava. WRT ended the race in the 12th spot and the pole-sitter, United Autosports team’s #22 ORECA 07, took 13th place with accelerator pedal troubles.

As a result of a gearbox problem, Richard Mille Racing Team’s #1 ORECA 07 brought up the rear despite displaying an impressive top speed during the race.

In the Hypercar class, André Negrão, Nicolas Lapierre and Matthieu Vaxivière clinched their second win of the season with the #36 Alpine A480 developed and built by ORECA Technology. On the attack an hour from the finish, Vaxivière managed to hold off his Japanese opponents, further increasing the team’s lead in the championship. 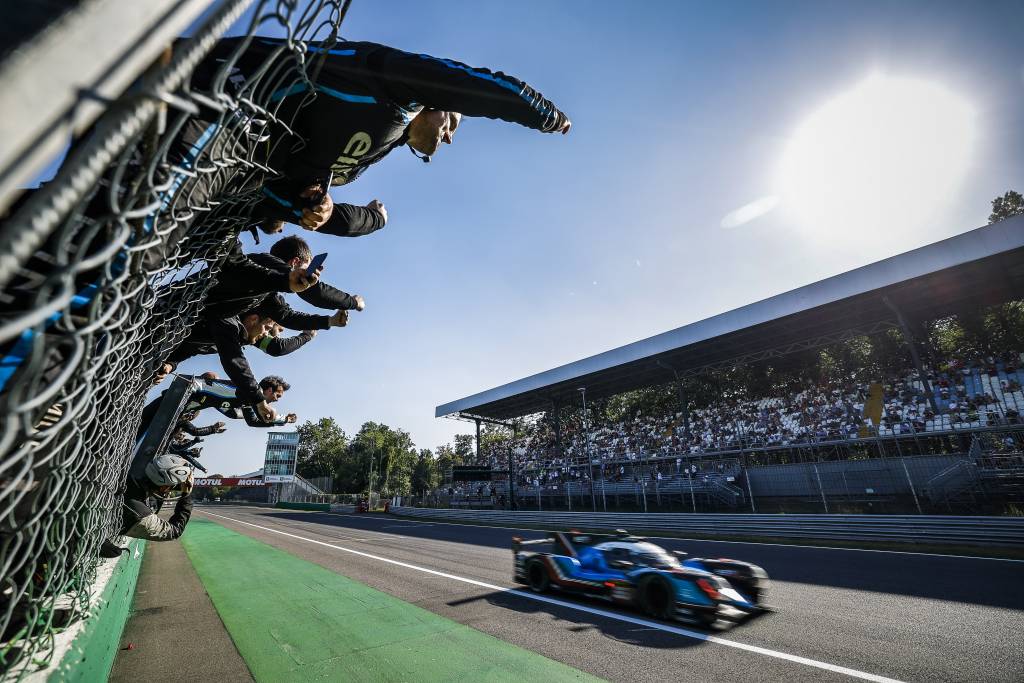