This weekend, two Acura ARX-05s and four ORECA 07s hit the track at Laguna Seca for the IMSA WeatherTech SportsCar Championship. By clinching the pole and executing a relatively aggressive strategy, Filipe Albuquerque and Ricky Taylor secured their third victory of the season. In the LMP2 class, PR1/Mathiasen Motorsports converted its pole position into a third win thanks to particularly solid performances by Mikkel Jensen and Ben Keating.

The #10 Acura ARX-05’s strong victory, with a 14.875-second lead on Chip Ganassi Racing’s Cadillac, and while that of Felipe Nasr and Pipo Derani finished third, Taylor and Albuquerque bolstered their number one status in the championship. The day before, the Portuguese driver scored his first pole in the IMSA, but the duo had to fight hard in an extraordinarily competitive race.

Though Meyer Shank Racing’s Olivier Pla and Dane Cameron held the lead for a good portion of the race, they were forced to give up ground in the last laps. The team had opted to risk saving fuel early on, following a neutralization, but lost the win in favor of Wayne Taylor Racing with 25 minutes to go, finishing fourth.

In LMP2, Jensen and Keating pulled off a breathtaking third victory at the wheel of the ORECA 07 fielded by Team PR1/Mathiasen Motorsports, winning once again at home. Pole-sitter, the car finished ahead of Tower Motorsport by Starworks’ #8 ORECA 07 driven by Gabriel Aubry and John Farano that claimed second place in the last lap. The Win Autosports team’s #11 ORECA 07 shared by Tristan Nunez and Steven Thomas reached the third step on the podium and Era Motorsports’ ORECA 07 brought up the rear after an incident in the final minutes of the race.

On 25 September at Long Beach, the DPis, GTLMs and GTDs will take the start in a one hour and 40-minute race. On 13 November, all classes will be invited to participate in a 10-hour race for a final round at Road Atlanta during the famed Petit Le Mans. 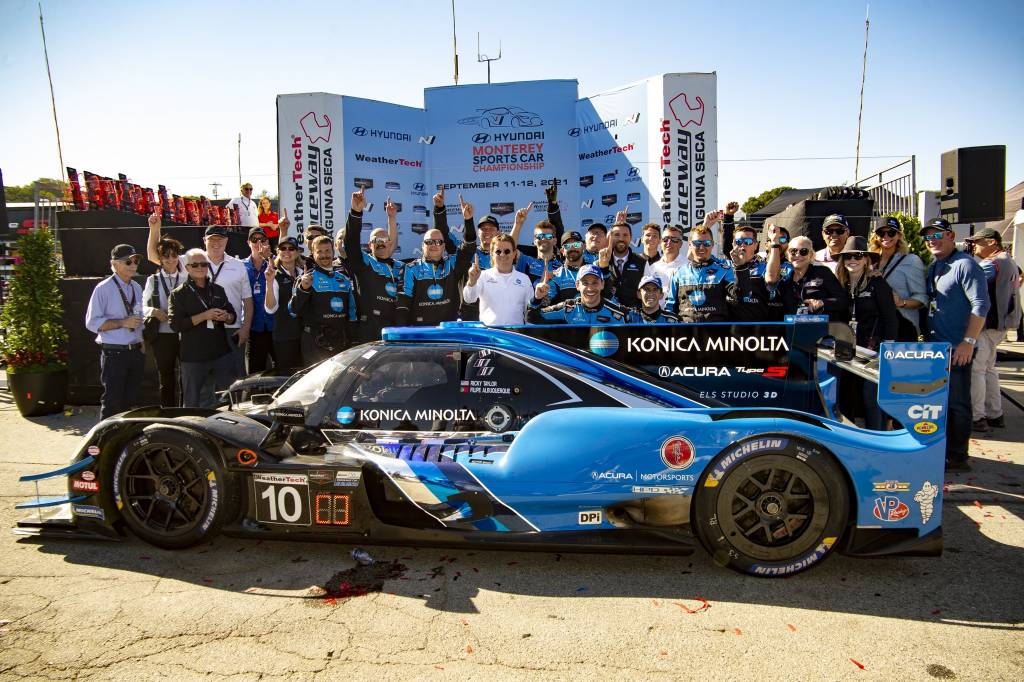