Motul Petit Le Mans, the finale of the 2022 IMSA WeatherTech SportsCar Championship, took place this weekend on 1 October at Road Atlanta. In order to win the championship title, Tom Blomqvist and Oliver Jarvis absolutely had to finish ahead of Ricky Taylor and Filipe Albuquerque. They, and teammate Helio Castroneves, were successful in the wake of a hotly contested race, earning the crown for the Meyer Shank Racing team.

Both Acura ARX-05s entered in the round fought relentlessly throughout the finale to reach the top step on the podium and clinch the championship title.

Thanks to a strategic pit stop just moments before a yellow flag (caused by a collision between two competitors), Wayne Taylor Racing’s Acura ARX-05 had a glimmer of hope in claiming the crown. In the end, however, Meyer Shank Racing’s #60 Acura ARX-05 snatched the Manufacturers, Teams and Drivers titles.

After a speedy pit stop 50 minutes from the checkered flag, pole-sitter Blomqvist got a jump on Wayne Taylor Racing’s #10 shared by Taylor, Albuquerque and Brendon Hartley, and a fierce duel between the Acuras in the top two spots ensued until the final quarter hour.

Then, just as Albuquerque was attempting to overtake Blomqvist, contact was made with a GT3, damaging the Portuguese driver’s suspension and dashing all possibility of victory.

With this win, Meyer Shank Racing has secured the first title in the history of the team –  and the last of the DPi era – with only a six-point lead on rival Wayne Taylor Racing.

The LMP2 title went to John Farano, Rui Andrade and Louis Delétraz thanks to their class win for Tower Motorsport.

Trailing the two ORECA 07s fielded by PR1/Mathiasen Motorsports during the first phase of the race, Tower Motorsport and DragonSpeed’s ORECAs (Juan Pablo Montoya/Sebastian Montoya/Henrik Hedman) benefitted from a twist of fate when Ben Keating left the track, unfortunately incurring heavy damage to his #52 ORECA 07 in the third hour.

Just 30 minutes from the finish, Delétraz managed to overtake Montoya, Sr., paving the way for Farano to clinch the title in the class.

Hugues de Chaunac, President of the ORECA Group: A huge bravo to Meyer Shank Racing for winning the title in the IMSA WeatherTech SportsCar Championship this year, and to Acura and Honda Performance Development! The two Acura ARX-05s fielded by Wayne Taylor Racing and Meyer Shank Racing made this season breathtaking. With six victories to their credit, the two teams can be thrilled with their 2022 season! Now we look forward to seeing the Acura ARX-06 take on the new challenges of the LMDh era. Congratulations also to Tower Motorsport for winning its first LMP2 title after a fantastic season. 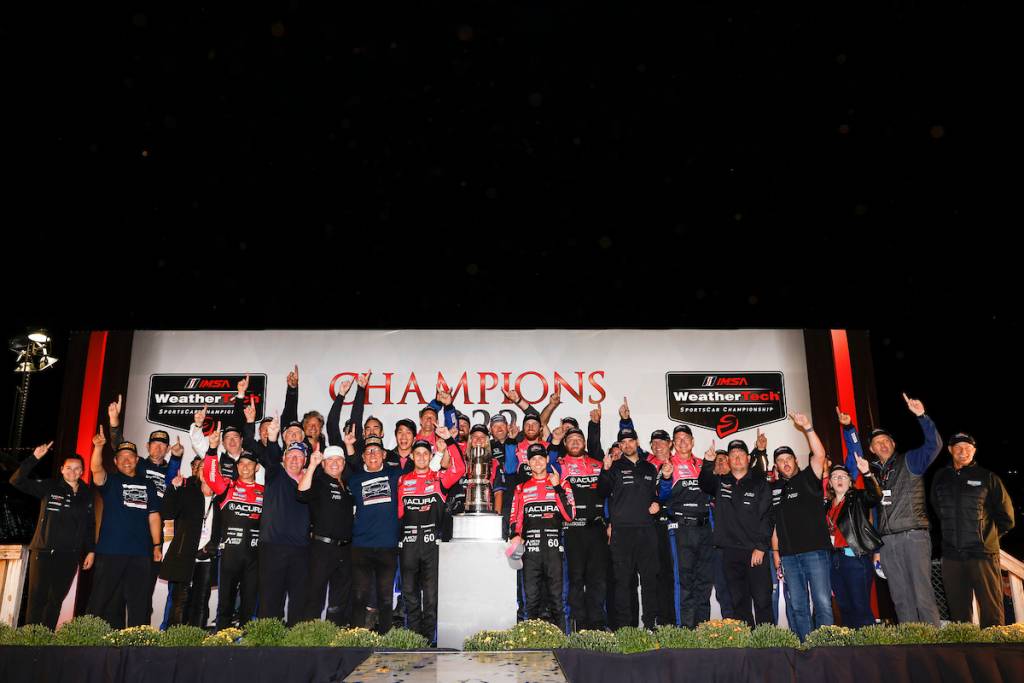 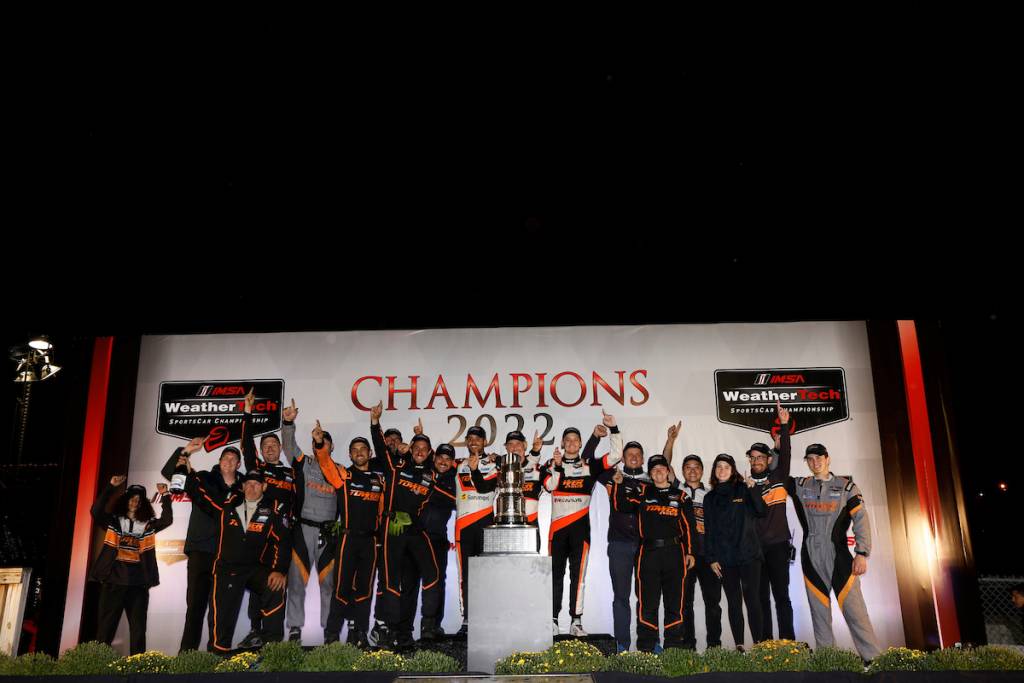