Last weekend, fifteen ORECA 07s and one Alpine A480 took to the track at the 6 Hours of Spa-Francorchamps, dress rehearsal before the 24 Hours of Le Mans. WRT’s ORECA 07 won this action-packed race in the LMP2 category, moving up to third place overall. The Alpine A480, which had won in Sebring, stood on the second step of the podium while remaining in the lead of a gripping championship.

As expected, the FIA WEC’s second round turned out to be an amazing battle on one of the world’s most demanding racetracks. Under pouring rain and punctuated by three red flags, six safety car deployments, and five Full Course Yellow interventions, drivers only raced for 2h59. This edition will be long remembered!

Racing at home, WRT’s #31 ORECA 07 clinched a win in class and claimed the third place overall behind the Alpine A480. Trio Sean Gelael, Robin Frijns, and René Rast were particularly efficient. They even took the lead for a little while. It was a perfect weekend for the Belgian team as RealTeam by WRT’s #41 ORECA 07 finished second in the LMP2 class, in front of Jota’s #38 ORECA 07.

American Team Penske finished just off the podium. What a great achievement for them to have crossed the finish line of a race that was filled with red flags and that took place on an impressive European track under hellish weather conditions.

Sébastien Ogier and Lilou Wadoux surprised everyone. It was their first LMP2 race at Spa-Francorchamps, and together with Charles Milesi, they managed to fight the elements and secure the eighth place.

In the LMP2 Pro-Am class, AF Corse’s ORECA 07 claimed victory, after having clinched the pole. Second success back to back for François Perrodo, Alessio Rovera, and Nicklas Nielsen, who are ninth overall. The podium was completed by Algarve Pro Racing and Ultimate.

Nicolas Lapierre, Matthieu Vaxivière, and André Negrão delivered a solid performance in the Hypercar category, allowing their Alpine A480 to reach the second place overall. The Blues have thus managed to maintain their lead in the Championship before the legendary race in Le Mans.

See you on June 11th for the most intense race of the season: Le Mans 24 Hours. Twenty-six ORECA 07 chassis (a record number!) and one Alpine A480 will compete in the most famous twice-around-the-clock race in the world! 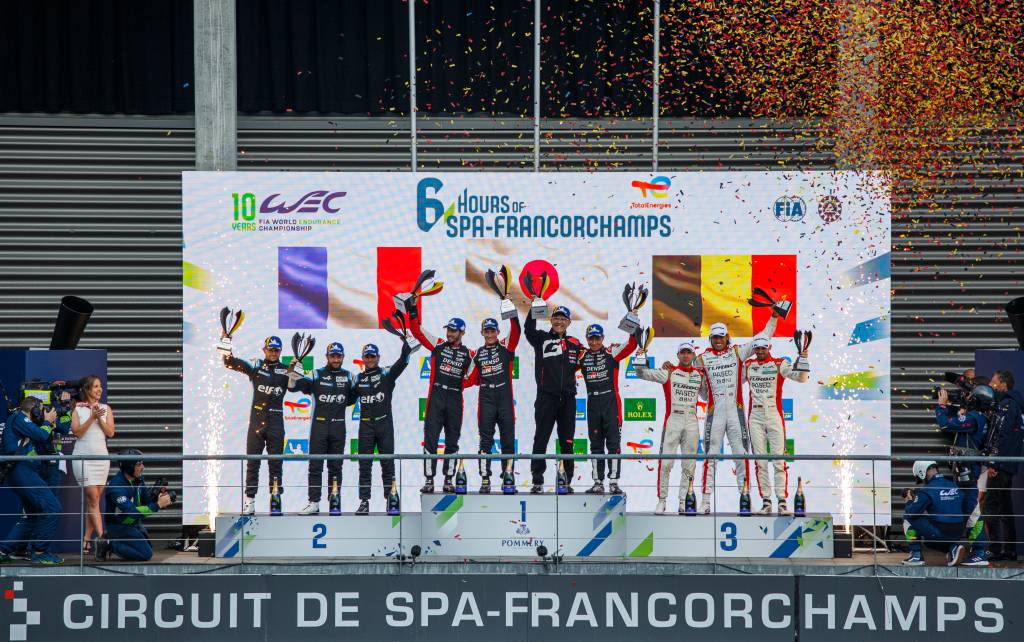