For the first time since 2016, the European Le Mans Series returned to the Autodromo Enzo e Dino Ferrari. It was difficult to predict who would win this second round of the Championship as it turned out to be an action-packed and suspense-filled race. Team Prema ended up claiming a victory at home, second consecutive success since they have won the first round on the Circuit Paul Ricard.

Algarve Pro Racing Team’s s #47 ORECA 07 did particularly well during the two free practice sessions. AF Corse then claimed the pole during the qualifying, having posted the fastest lap time of 1’31”269. This was Alessio Rovera’s second pole in two weekends.

Despite two drive-throughs, Prema still managed to clinch victory on this famous track, after a race punctuated by several incidents. In third place on the starting grid, Lorenzo Colombo took the lead during the opening lap. Yet his hopes were short-lived as his #9 ORECA 07 received a first drive-through penalty because race control deemed that the starting procedure had not been followed. This first penalty did not prevent the Italian team from remaining in the lead while its rivals made their first pit stops.

The young Italian driver then took advantage of a Full Course Yellow to pit and thus gained precious time, but a new penalty was handed to him as he had crossed the white line when exiting the pits during the previous drive-through penalty. Cool Racing’s #37 and Panis Racing’s #65 battled for the first position. Job Van Uitert, on board the #65, first took the lead, but Yifei Ye, driving the #37, overtook in the last hour of the race.

Once again, Prema strategically pitted during another Full Course Yellow which had been called because of a contact between Muelhner Motorsport’s and Duqueine’s respective ORECA 07. This free stop allowed Louis Delétraz to take the first place just a few minutes before the end of the race, 4’6 seconds ahead United Autosports’s #22 ORECA 07. Cool Racing completed the podium.

Panis Racing missed the podium by a whisker, but secured a lovely fourth place in front of IDEC Sport’s #28 ORECA 07, which completed the top five. Although the trio got a penalty for going too fast on the formation lap, they were able to recover and made a good comeback. Despite their contact with Muelhner Motorsport, Duqueine finished just off the top five. Following on a podium in Le Castellet, duo Flörsch – Viscaal on board Algarve Pro Racing’s #19 ORECA 07 finished eighth, ahead of Inter Europol Competition’s #43.

In the Pro Am class, Salih Yoluc, Charlie Eastwood, and Jack Aitken’s #34 ORECA, entered by Racing Team Turkey, finished seventh overall and got their second consecutive win in class. The second place went to TDS Racing x Michel Vaillant’s #31 ORECA 07 which had started from the pit lane. Nielsen Racing claimed the third place and twelfth overall, ahead of Graff Racing.

Though the #88 ORECA 07 started from pole position and was a serious contender for a podium finish, they had to make do with a 14th place after being ‘too greedy’ in an overtaking attempt. Algarve Pro Racing’s #47 ORECA 07 and BHK Motorsport’s #35 finished just behind. Only Team Virage’s car was forced to withdraw because of a misunderstanding in traffic.

See you on July 3rd at another Italian track as Monza, the famous ‘temple of speed’, will host the third round of the European Le Mans Series. 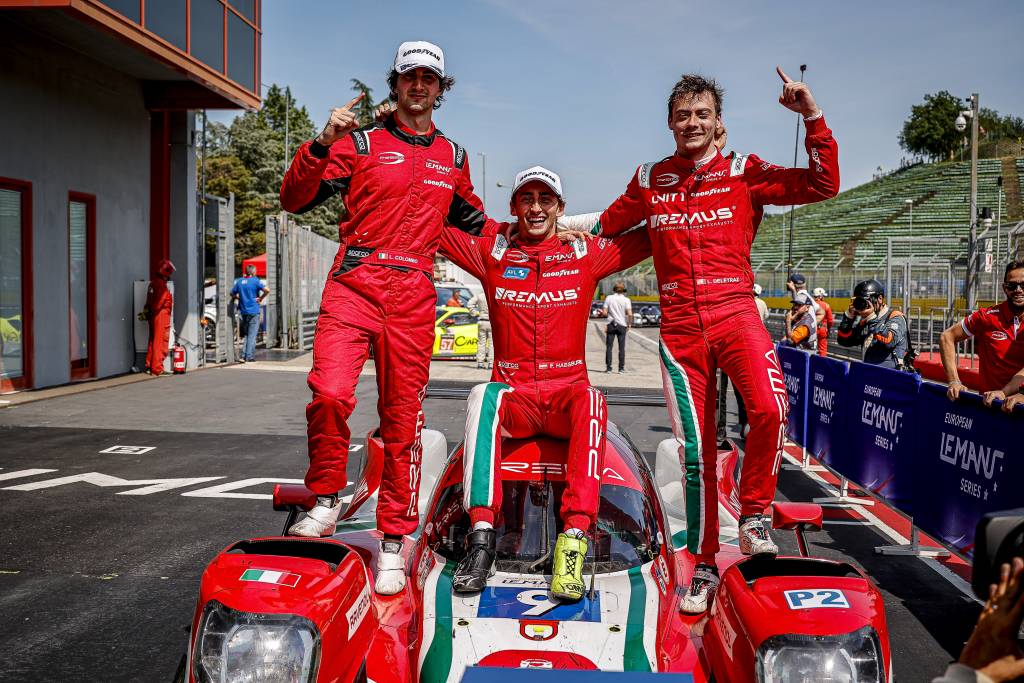