11 ORECA 07s were on hand for the final round of the FIA World Endurance Championship at the 8 Hours of Bahrain. At the end of a perfect season in LMP2, the WRT Team won the final race and at the same time the team and driver titles! In LMP2 Pro/Am, Racing Team Nederland took the win and the title.

In LMP2 on Saturday, the suspense was complete as three teams were still in contention for the world crown: Team WRT, JOTA Sport with its two cars and United Autosports USA. At the end of the eight-hour race and after an impressive first season in LMP2, it was the #31 WRT ORECA 07 that finally took the World Championship title for both team and driver.

By crossing the chequered flag in first position for the second time in a row in Bahrain, Robin Frijns gave his team and his team-mates, Charles Milesi and Ferdinand Habsburg, victory. A victory synonymous with the world crown. A well-deserved reward after a perfect season in the ELMS, the 24 Hours of Le Mans and the World Endurance Championship.

At the front during the eight-hour race, the two Jota Sport ORECA 07s completed the podium. After a great battle, the #38 driven by Roberto Gonzalez, Antonio Felix Da Costa and Anthony Davidson, who was experiencing the last race of his career, finished second ahead of the sister car shared by Tom Blomqvist, Stoffel Vandoorne and Sean Gelael.

The #22 United Autosports USA ORECA, the FIA WEC title holder, finished just off the podium by just a few seconds, while the #34 Inter Europol Competition ORECA scored a convincing top-five finish, the fifth in six races.

In the LMP2 Pro/Am class, Racing Team Nederland, which was leading the LMP2 race for a while after a breathtaking run, took the lead last week and continued to do so this weekend. After an exciting battle in the class, the #29 ORECA 07 of Frits van Eerd, Giedo van Der Garde and Job van Uitert finished sixth overall and claimed the first title in the class. The #70 Realteam Racing ORECA, also operated by TDS Racing, finished second in class and second in the Championship ahead of the #21 DragonSpeed ORECA 07. HighClass Racing completed the day’s podium after a convincing performance.

In the Hypercar class, an impressive start by Nicolas Lapierre gave the Alpine A480 a lead over the two Toyotas for a time. Unfortunately, a gear shift problem forced a pit stop after 45 minutes of racing. The Alpine A480 was able to restart but at a distance from the Toyotas. Thanks to a solid performance by the trio of Nicolas Lapierre, Matthieu Vaxivière and André Negrao, the Team Alpine Elf Matmut Alpine A480 managed to climb back up to third place overall and finish third in the Championship in its first season in the Hypercar category.

On the Toyota side, it was the #8 GR010 Hybrid of Sébastien Buemi, Brendon Hartley and Kazuki Nakajima that won. This was the best reward for the Japanese driver who was also competing in his last race. 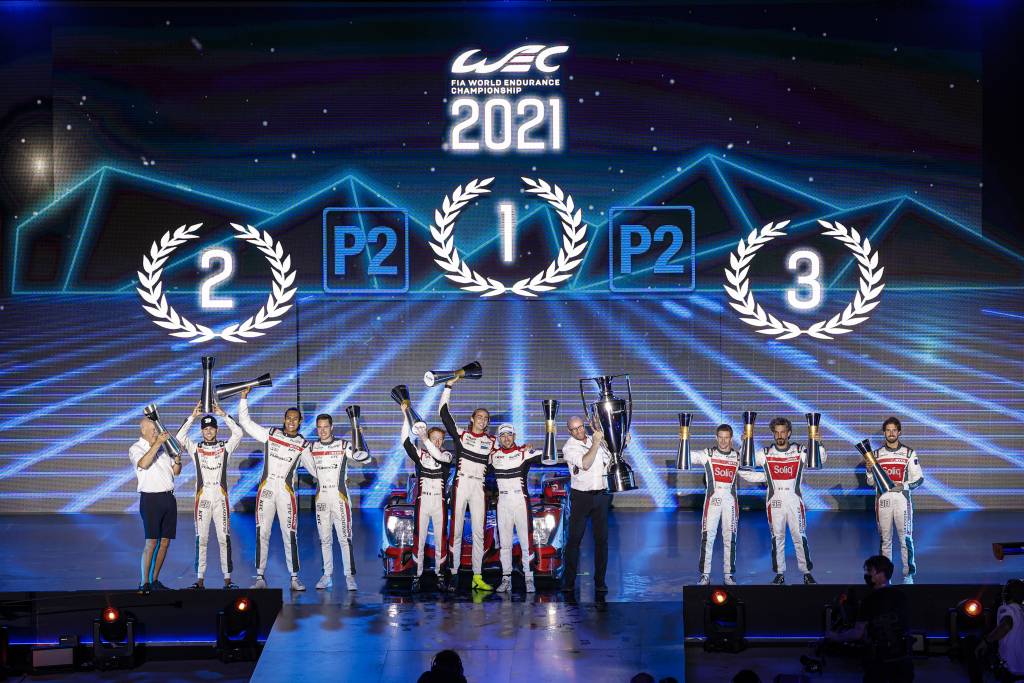