The first round of the ninth FIA WEC season has just ended in the Belgian Ardennes. For defending champion Team United Autosports, the season opener was a resounding success: the Hanson / Scherer / Albuquerque trio took the LMP2 victory, the pole and the best race lap in the 6 Hours of Spa. In its first World Endurance Championship race with the Alpine A480, the Alpine Elf Matmut team took second place overall.

The Albuquerque / Hanson / Scherer trio set three of the four fastest times in the Prologue, then took pole position with a time of 2’02″404 after an excellent lap by Filipe Albuquerque. In the race and for six hours, the #22 ORECA 07 went it alone. In spite of a penalty imposed on the team for not respecting a Full Course Yellow, it simply never let go of the reins of the race and signed a victory full of authority.

Behind them, and after a solid performance, Jota Sport managed to place its two ORECA 07s on the podium. If the #28 was destined to climb on the second step, a contact with the Alpine A480 #36 sanctioned by a drive through prevents it from doing so. It is thus finally the #38 of Gonzalez / Da Costa / Davidson which takes the second place, in front of the sister car of Gelael / Vandoorne / Blomqvist.

The #29 ORECA 07 of Racing Team Nederland was often in the top three, finishing at the foot of the P2 podium and winning the Pro Am category with van Eerd / van der Garde / van Uitert. For its part, the #34 of Inter Europol Competition completed the top 5 in P2 for its first appearance in the FIA WEC after a time in the top 3.

Also in its first FIA WEC race, Realteam Racing made a strong comeback to finish sixth in the LMP2 class and second in the Pro Am. DragonSpeed finished seventh and third in the Pro Am class, while the Richard Mille Racing Team’s women’s trio managed to achieve their goal of a Top 10 finish. Sophia Floersch, Tatiana Calderon and Beitske Visser finished eighth ahead of the #20 High Class Racing, the #25 G-Drive Racing and finally the #24 PR1 Motorsports, who have been fighting for the podium in the Pro-Am class for a long time.

In the new Hypercar category, the #36 Alpine A480 of Team Alpine ELF Matmut, driven by Nicolas Lapierre, Matthieu Vaxiviere and André Negrão, drove a faultless race. Always at the front, several times leader, the trio offers its first podium thanks to a great performance against the Toyota, intercalating between the two cars of the Japanese manufacturer.

“The first round of the 2021 World Endurance Championship kept its promises in the LM P2 category. The number of different teams at the front proves it. Congratulations to United Autosports, who added style to their victory, and Jota, who scored a convincing double podium after rebuilding one of their cars following an accident in the Prologue. The density of the field is of a rare quality. In qualifying, behind Filipe Albuquerque and Nyck de Vries, who were impressive, only five tenths separated third from tenth! Each team also showed its competitiveness in the race, such as Racing Team Nederland, which won the Pro Am class while finishing fourth overall, or the Inter Europol team, which finished in the top five. We were pleased to see the positive debut of the American team PR1 Motorsports in the FIA WEC, before its participation in the 24 Hours of Le Mans. There is still a little taste of unfinished business with the retirement of one of the thirteen ORECA LMP2 chassis at the start. Finally, the first appearance of Alpine Elf Matmut with the Alpine A480 is one of the satisfactions. The team did a perfect job to finish second. We know the quality of the team and the drivers, but a first race is never easy. It’s a convincing start.” Anthony Megevand, Customer Competition Manager

See you on June 13 for the second round of the FIA WEC, at the 8 Hours of Portimão, in Portugal. 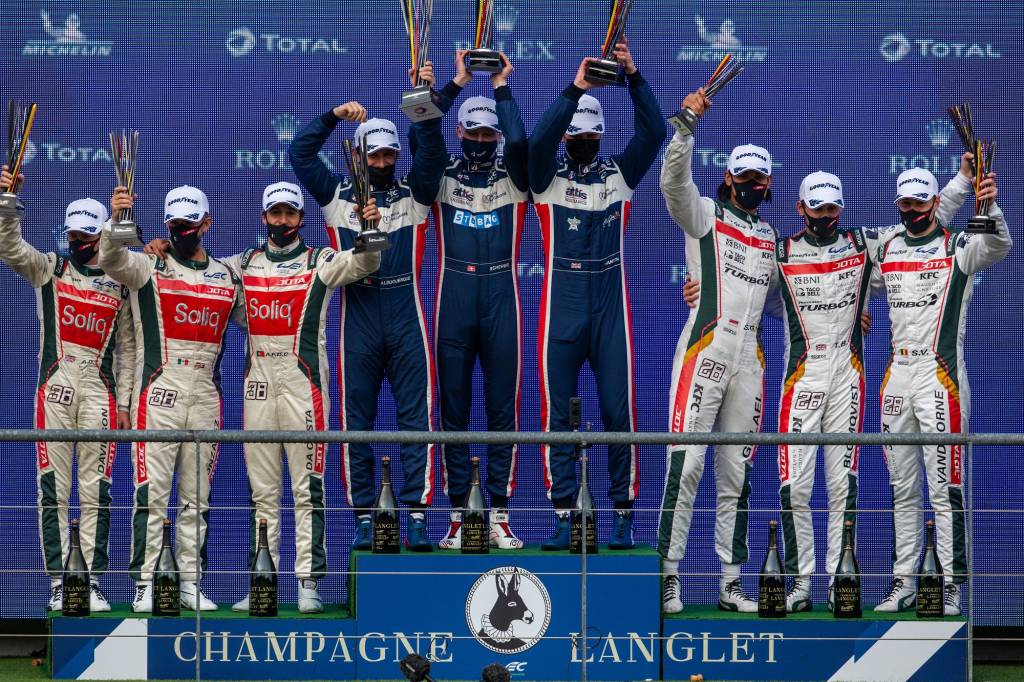