The 4 Hours of Spa-Francorchamps promised to be a particularly competitive round at one of the most demanding circuits in the world this weekend, and it did not disappoint! Team WRT – represented by Robert Kubica, Yifei Ye and Louis Delétraz – clinched the win on its home turf and earned the 2021 ELMS championship title before the final race of the season at Portimão on 24 October.

Just a few weeks after the Belgian team claimed the top step on the LMP2 podium at the 24 Hours of Le Mans with the #31 ORECA 07, the #41 sister car found redemption. Team WRT was looking to impress at home and certainly did just that. After a nail-biter race punctuated by several neutralisations, Vincent Vosse’s troops earned 25 points in the championship with their victory, effectively securing the ELMS title with the #41 ORECA 07!

Winners Kubica, Ye and Delétraz were joined on the podium by Duqueine Team’s #30 ORECA 07 shared by Tristan Gommendy, Memo Rojas and René Binder after an outstanding performance, their first podium of the season. Panis Racing’s #65 ORECA 07 driven by Julien Canal, James Allen and Will Stevens rounded out the top 3, clinching their third podium of the year.

Despite a serious crash the day before, which required rebuilding the car overnight, and starting from last position, the United Autosports team’s #32 ORECA 07 ended the race in fifth place. Nicolas Jamin, Job van Uitert and Manuel Maldonado rewarded the mechanics’ outstanding teamwork by making up as much time as humanly possible.

A contender for the title, G-Drive Racing’s #26 Aurus 01 was involved in a dust-up with Racing Team Turkey’s #34 ORECA 07 in the very first turn. Though Roman Rusinov managed to return to pit lane, he was subsequently forced to retire going into the Combes corner.

Anthony Megevand, ORECA Customer Racing Program Manager: “Bravo to Team WRT and its remarkable rookie season in LMP2. The victory at the 24 Hours of Mans, three wins in five races in the European LMS and a title earned even before the season finale are all the fruit of impressive work. The competition was fierce, the race proved that. It was anyone’s game, but given the level of competitiveness, there was no room for error in the performance of the drivers or the strategy. It makes for exciting races, as the finale in Portimão will undoubtedly be. A special shout-out to United Autosports who rebuilt its car in record time and went on to give a very solid showing.”

While Team WRT has secured the championship title with this win, the runner-up spot is still on the line for G-Drive Racing, United Autosports and Panis Racing.

ORECA is proud of this victory and its fifth consecutive title in the ELMS!

The penultimate round of the season at the circuit in Portimão, Portugal is set for the end of October. 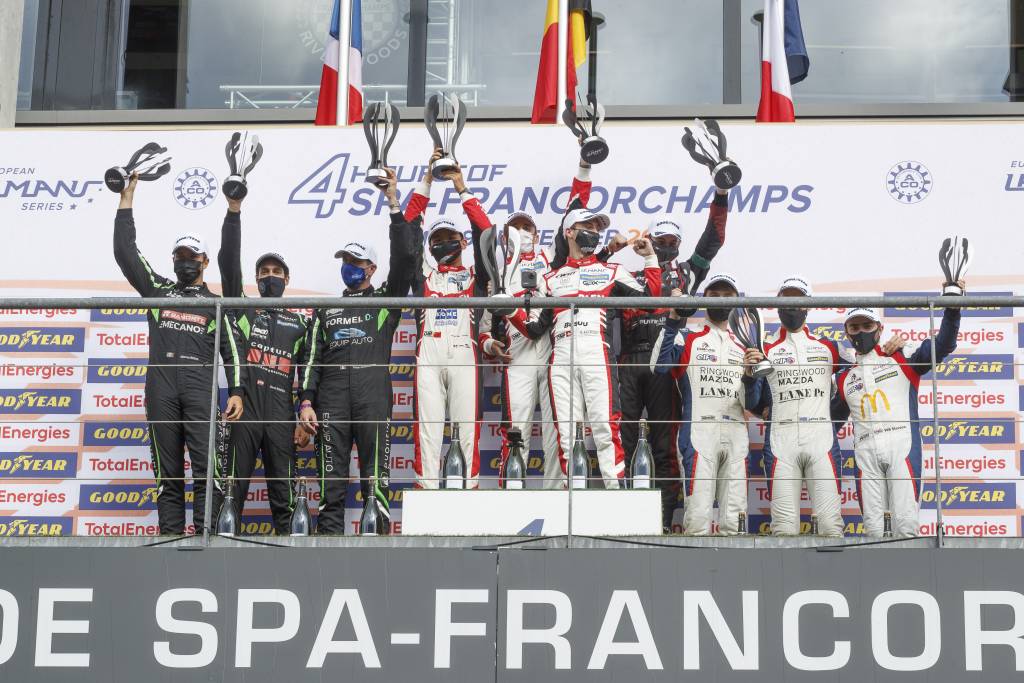