On Sunday 26 June, two Acura ARX-05s and seven ORECA 07s hit the track for the 6 Hours of Watkins Glen, seventh round of the 2022 IMSA WeatherTech SportsCar Championship.

After a hotly contested race interrupted 90 minutes from the checkered flag due to thunderstorms, Acura pulled off a fourth one-two for the season and PR1 Mathiasen Motorsports its second win, the 100th victory by an ORECA chassis in the LMP2 class.

The two Acuras kicked off a fierce duel right from the start on Sunday. The #60 shared by Blomqvist and Oliver Jarvis failed to hold the top spot from the #10 driven by Albuquerque and Ricky Taylor, but the hierarchy changed once again after the first pit stops.

Just prior to the deployment of a red flag, both Acuras were still mano a mano, with the #10 trailing the #60 by 1:70. When the competitors got back underway, Albuquerque in the #10 managed to overtake and hold at bay Blomqvist in the #60, who, after a tough battle crossed the finish line with just an 0.8 second lead on his nearest opponent. This third win has put Wayne Taylor Racing back on top of the championship classification.

LMP2 saw plenty of action and multiple leader changes as well, with the #52 ORECA 07 securing the win and giving ORECA its 100th victory in the class.

With the #81 ORECA 07 in the lead before the race was interrupted, DragonSpeed’s Juan Pablo Montoya and son Sebastián were obligated to switch places so the latter could fulfill his driving time requirement. However, a penalty imposed thereafter still dashed all hopes of clinching the win that eventually went to PR1 Mathiasen Motorsports. The team represented by Ben Keating, Mikkel Jensen and Scott Huffaker nevertheless had to fight to snatch the win by just 0.107 seconds from Tower Motorsport’s #8 ORECA 07 shared by Louis Delétraz, John Farano and Rui Andrade. The podium was rounded out by Racing Team Nederland x TDS Racing’s #29 ORECA 07 driven by Frits van Eerd, Giedo van der Garde and Dylan Murry. High Class Racing, DragonSpeed, PR1 Mathiasen Motorsports and ERA Motorsport followed. 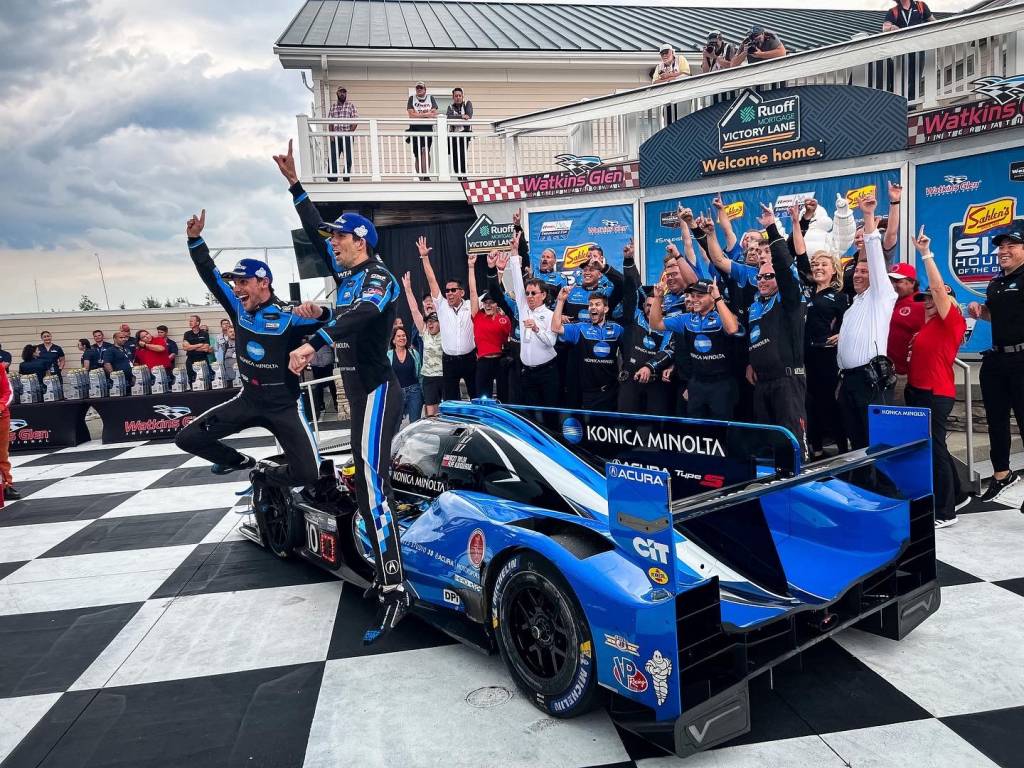