This weekend, two Acura ARX-05s and six ORECA 07s hit the track at Laguna Seca for the fourth round of the 2022 IMSA WeatherTech Championship. Pole-sitters Filipe Albuquerque and Ricky Taylor secured the win after dominating nearly the entire race. In the LMP2 class, Tower Motorsport’s Louis Delétraz and John Farano clinched their first victory of the season.

From the free practice, Wayne Taylor Racing set an impressive pace, establishing a track record during the first session (1:14.400) then beating it in the second (1:14.193). Thanks to a time of 1:13.924, the American team was untouchable during qualifying, scoring pole position. In the LMP2 class, PR1 Mathiasen Motorsports’ #11 ORECA 07 topped the timesheet.

On Sunday, pole-sitter Ricky Taylor had a flawless start and proved intractable against his opponents. He led the race until a GTD accident brought on the sole Full Course Yellow of the race.

A new pit stop and good strategy for Meyer Shank Racing allowed Tom Blomqvist to snatch the lead for a time with the #60 Acura ARX-05 and set the fastest in-race lap (1:15.546), but soon Filipe Albuquerque went on the attack and retook the reins.

This first win of the season for Wayne Taylor Racing marks the fourth consecutive victory for Acura at Laguna Seca and the third in a row for the team at the track in California.

In the LMP2 class, Tower Motorsport’s Louis Delétraz and John Farano claimed the top step on the podium at the wheel of the #8 ORECA 07. The team took the lead in the last hour and crossed the finish line with a 23.211-second advance on Era Motorsport’s Dwight Merriman and Ryan Dalziel after the latter spun out early in the race. DragonSpeed’s Henrik Hedman and Juan Pablo Montoya rounded out the podium. After starting from the first row, bad luck robbed the two ORECA 07s fielded by PR1 Mathiasen Motorsports of a podium finish, and the team was trailed by High Class Racing’s #20.

The next round of the 2022 IMSA WeatherTech Championship is scheduled for 15 May at Mid-Ohio for two hours 40 minutes of racing. 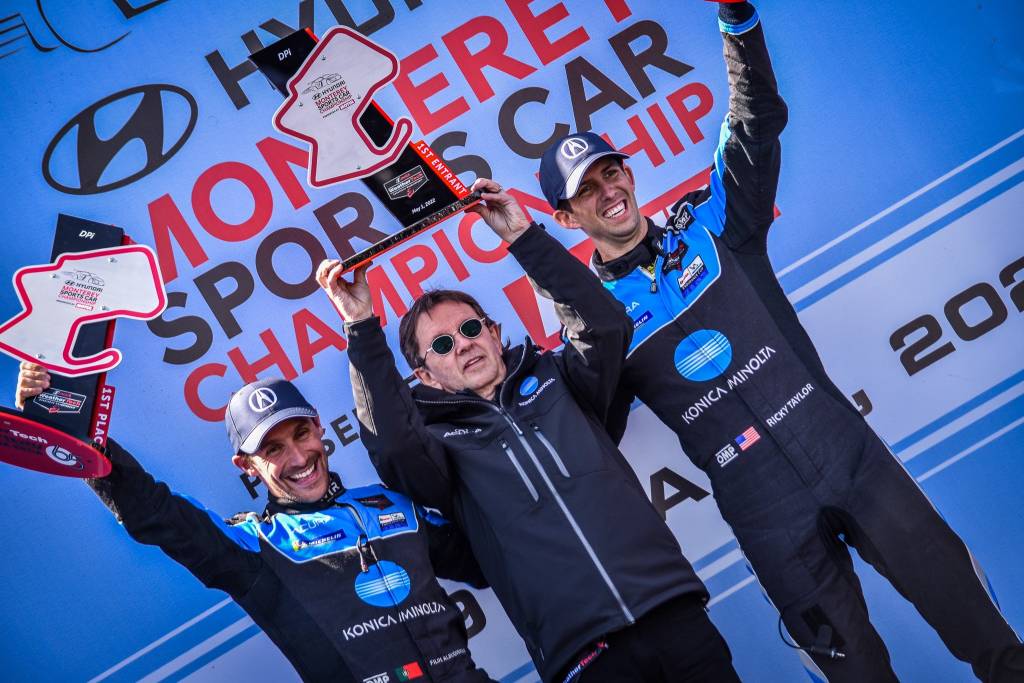