On Sunday, August 7, two Acura ARX-05s and six ORECA 07s were on hand at Road America for the tenth round of the IMSA WeatherTech SportsCar Championship.

Polemen Filipe Albuquerque and Ricky Taylor gave Team Wayne Taylor Racing its first Road America win. The fourth win of the season also puts the team back on top of the standings.

In LMP2, the race was also full of twists and turns, and it took until the final minutes to determine the winners.

Louis Deletraz led the class for a long time after switching to rain tires, but it was a last-minute pass by Ryan Dalziel that gave Era Motorsport the win by 716 thousandths. High Class Racing took third place, ahead of the two ORECA 07s of PR1/Mathiasen Motorsports and DragonSpeed.

The summer break is now over. The final round of the IMSA WeatherTech SportsCar Championship will take place on October 1 at Road Atlanta for ten hours of racing. 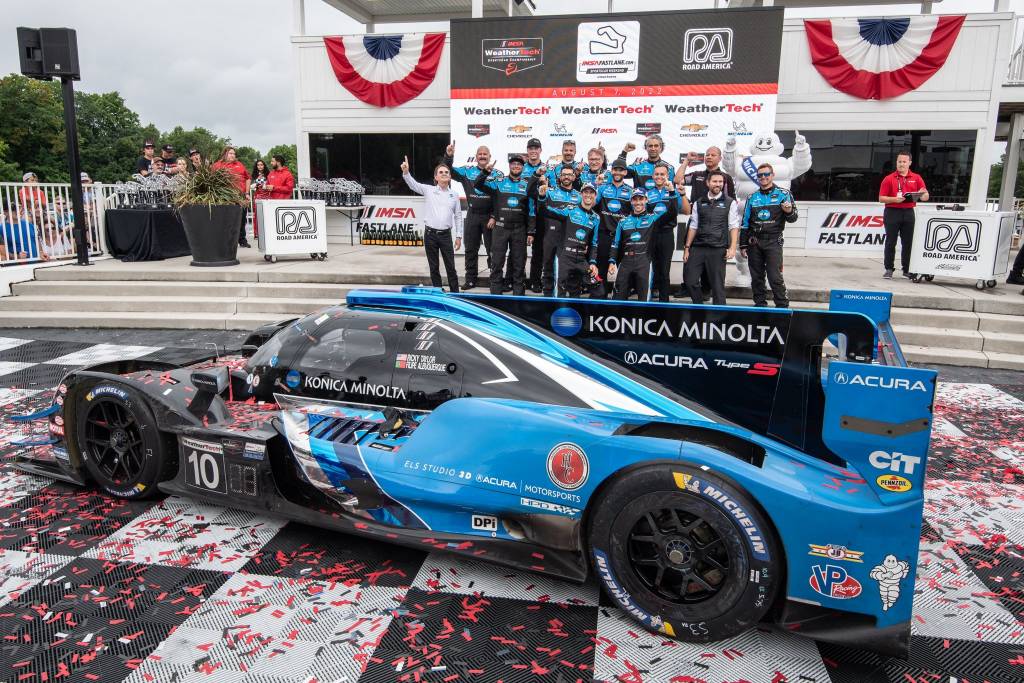